PAX Holdings Ltd is a Family Office managing a portfolio of investments that commenced with early stage tech and financial services sector investments in 1999.  Since 2004, it’s Principals have advised Corporates within the leisure and gaming sector and investment houses seeking additional clarification of primarily Asian gaming markets. Over time it has advised on numerous transactions and has also participated as a direct investor in several opportunities. 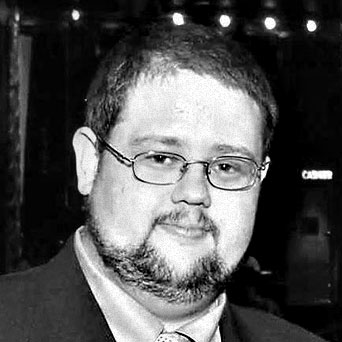 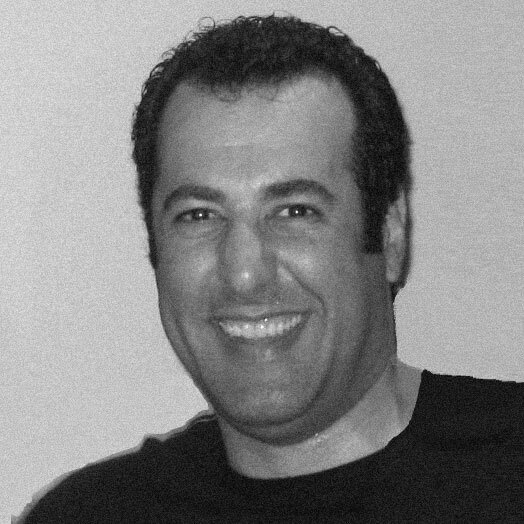 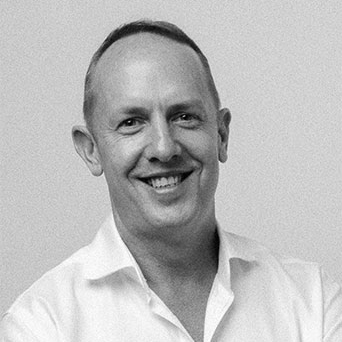 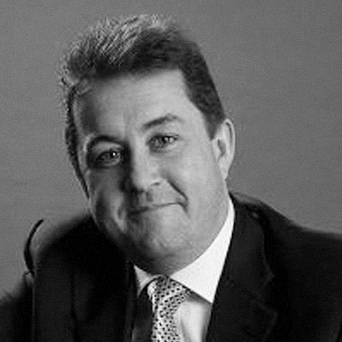 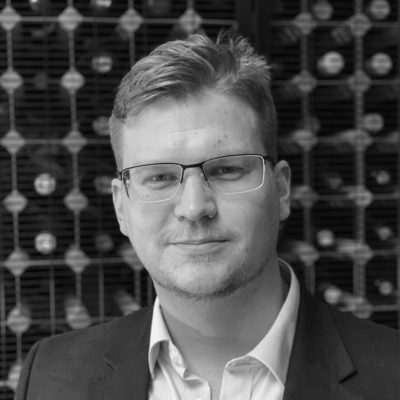 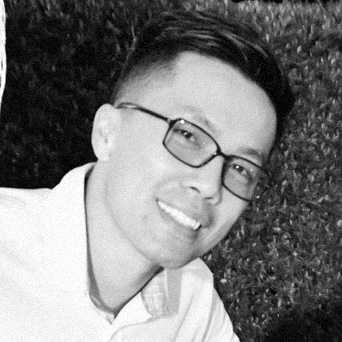 HEAD OF ADVISORY – US DIGITAL ASSETS, PHARMACEUTICALS AND CONSUMER GOODS 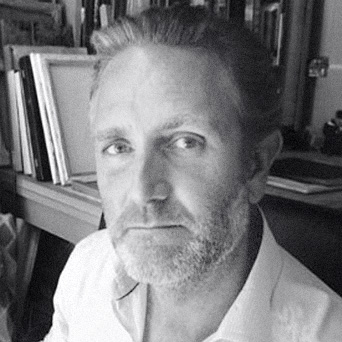 HEAD OF ADVISORY – ART AND COLLECTIBLE

PAX is an active investor and trader in fine wines and whiskies.  It has expanded it’s transactional activity through investment in online retail and auction sites as well as investing in a selection of leading wine apps that are being customised and optimised for the Asia Pacific marketplace.

PAX owns, manages and develops an extensive real estate portfolio including boutique hotels, villas, country estates, office buildings and residential apartments in Asia and Europe. It also manages gyms and health services operations under the JAB brand and is expanding into various health and fitness industry related ventures. The Group has also funded large scale iconic or signature restaurants in conjunction with established and proven restaurant operators as far back as 2000 with Cafe Sydney, Sydney, Australia and more recently Mr Wolf in Central, Hong Kong.  Pax has also developed its own proprietary real estate brokerage and property management software platforms.

PAX has acted as an advisor to investors, has advised on transactions involving, or is an investor itself in a range of companies. A selection of which are detailed below.

Pax collects, trades and exhibits contemporary and modern art, classic cars and movie memorabilia. It has recently acquired storage and exhibition space in the UK to house the bulk of its European based collection and to act as a base for works being loaned to galleries. As part of its focus on the arts, Pax and its art curator are developing a program to support and promote a selection of up and coming artists.

Tom Hall is recognised as one of the world’s leading experts in the field of gaming software, specialising in interactive gaming and the Asia Pacific Region. A regular key note speaker at Gaming Conferences and Investor Forums around the World. Most recently, Hall co-founded Voidbridge Limited a gaming company focussing on slots, table games and card games. A consolidation strategy including the acquisition of social games platform Slotolotto from Peak Games and other category leaders is supplemented with the rolling out of a highly customised suite of social games for real money operators with a focus on mobile channels.

Co-Founder and former CEO of Asianlogic, an Asian-facing gaming group, he remains non-executive Chairman of the Company. Previously listed in the UK, ALOG was taken private in 2009 and has grown to become one of the Top 10 Global online gaming companies with 2000+ staff across 6 countries. He also led Playtech as Group CEO and oversaw the successful floatation of the Company on the UK AIM market in 2005. Playtech is the world’s largest publicly quoted gaming software provider (UK:PTEC). Of Eurasian Hong Kong origin, Tom has been responsible for overseeing global customer growth and the development of customised software solutions for the Asian marketplace. In his roles with Asianlogic and Playtech, he has had considerable dealings with gaming operators and Regulators in both the land based and online sector.

In addition to gaming he leads an Investor Group focussing on digital solutions for the financial services sector, multi-sector asset management platforms, applications and services in the wines and spirits industries and social media and messaging space. From 1995 until he joined Asianlogic and Playtech in 2002, he was Chief Executive Officer of TTR Strategic Holdings Limited (“TTR”), an Asia Paciﬁc focused financial services group and subsequently CEO of its data processing associate – NAV Limited. Prior to that, he worked in Swiss private banking and private client financial services in the UK and Hong Kong.

Gareth was in a senior management role at 888.com,the major UK publicly listed gaming operator, as Director of Strategy and Marketing between 2007 and 2013. Another industry veteran, Gareth is known throughout the industry for his innovative approach to marketing and has specialized in building brands/products, establishing and executing successful marketing strategies and delivering high ROI. Gareth joined PAX in 2014 as Group CMO and oversees all digital marketing and promotion for the Groups businesses.

Prior to 888.com he was the COO and CMO at PokerNews (2006-2007) and a business consultant at Mansion, Party Gaming, and Microsoft. He graduated from Bond University, Bond University with a B.IT, Software engineering, Internet Technology, Ecommerce and Marketing and spent 3 years at Bond Wireless before moving into gaming in 2002. He has been filing and selling technology patents since 2003 and was selected as one of the “Top 50 people in Online Gaming” in the Gaming Intelligence 2012 Awards.

Gareth currently holds board and consultancy positions across many gaming, gambling, and leisure businesses.

Stuart joined the Group in 2013 from ICAP and earlier Tradition where he was employed as an Interest Rate derivatives broker since 2006. Prior to this Stuart worked in the alcohol industry running South East Asia for William Grant & Sons (Glenfiddich and Grants Whisky) between 2000 – 2005 and earlier National Sales in Lion Nathan Breweries in New Zealand. Stuart has 20 years’ experience in Asia business and strong management, organizational and marketing skills with Bachelor and Honors Masters degrees in Commerce. 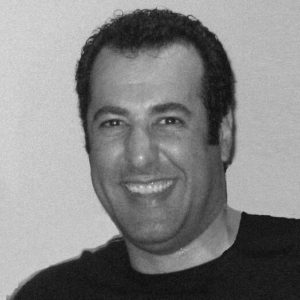 Board Advisor – Sports Media
A commercial and intellectual property lawyer, Andrew has worked exclusively in sports marketing, sportsmedia and celebrity management for the past 25 years. He spent five years as Director of Operations of one of Australia’s leading client management companies, Flying Start, which managed the affairs of over 150 Australian Rules Footballers. Flying Start was integral in ensuring the image rights of AFL players were recognised and protected from unauthorised exploitation by instituting and being successful in landmark legal proceedings against the AFL, the sport’s governing body. In 2001 Andrew joined Sports & Entertainment Limited, Australia’s leading sports and entertainment company, as Director of Licensing where, in addition to creating the lucrative licensing and merchandising division for SEL, he managed the affairs of some of Australia’s best-known sports stars including Shane Warne. Andrew is also a co-founder of sports technology brand Concave and is a director of a number of businesses involved in sports, property and entertainment.

Robert joined the group in 2018 after an eight-year tour of duty with the British military. He served as an Officer with the Infantry and Royal Marines with roles in international liaison, project management and operations, with time spent in the UK, Europe, US, and Afghanistan. He now brings his strong leadership, management and organisational skills to our Asset Management and Real Estate platform teams. He was educated at Blundells, UK and was commissioned as an officer at Sandhurst.

Asset Management and Real Estate Software Platforms
Brian Hooper brings 20+ years’ experience managing and developing enterprise software platforms for many blue chip companies operating in the gaming and finance sectors. He was Chief Technology Officer for one of Asia’s largest gaming companies and more recently Chief Product Officer for an established European software provider. Brian has a proven track record of delivering complex and challenging projects and brings a wealth of technical and product knowledge to the MyAssets business.

Head of Advisory – Real Estate (Europe)
Guy, 51, is a resident of The Isle of Man and has a long and varied career in both Real Estate Management and commercial and residential property finance. That experience includes senior appointments in major European and US financial Institutions. In the early 1990’s he was instrumental in creating the UK’s very first ‘buy to let’ mortgage financing tool. With an extensive knowledge of the intricacies of the UK and European property market he has over the last 10 years advised on many major real estate acquisitions.

Wine and Spirits
Hong Kong born and raised, Niklas completed his Bachelors in Hospitality Management at the Hotelschool the Hague after being inspired by Hong Kong’s vibrant hospitality scene. Niklas has collected a wealth of knowledge over a multitude of sectors within the hospitality industry spanning across 7 countries. Niklas oversees the Bidvino wine auction and sales businesses and assists with wine app and digital services development.

Head of Advisory – US digital assets, pharmaceuticals and consumer goods.
Nam Le, is a resident of Orange County, California and is both an investor and researcher in several dynamic, exciting business sectors that Pax is researching in more detail. A former, highly successful poker player, he has built proprietary investment and research models in conjunction with his California and Nevada based teams and advises the Group on various US projects.

Head of Advisory – Art and Collectibles

Greg has spent the past 17 years working within the art world. As a successful practising artist he has exhibited internationally and has a unique perspective and access. Greg has also successfully developed and led Fine Art degree programmes for three UK universities and has spent the last seventeen years talking to people about art and their requirements and aspirations for it. He has become expert in assessing needs and identifying burgeoning talent. With an excellent network of current practitioners, curators and gallerists, he has been active in investigating and promoting the best current practice. Greg has his own art consulting company advising on creating and building collections of all sizes.

“There is such an enormous volume of mediocre and derivative art pushed at fairs and available from commercial galleries – art which is just as expensive as genuinely good art but which relies for its interest on a gimmick, or just the display of a little skill – that anybody who does not spend a lot of their time looking at art can be easily confused as to what will really reward years of looking and be a solid, and perhaps spectacular, investment.” Greg Rook – May 2017